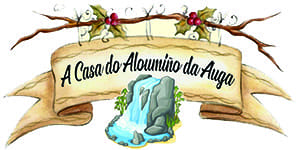 The mineral mining properties of the waters of Mondariz were known and were used for centuries by civilizations that like the Roman, have been known for their interest in the properties of medicinal and thermal waters. Proof of this has been that during the work of the conditioning of the old source of A Gándara, remains of ancient canals and pipes were exposed. It is said that one of the possible locations for the Roman mansion of Burbida was the current location of Mondariz. The same toponym “burbida” could be related to the “bubbles” of this water.

The waters of the Spa of Mondariz springs are of medium-weak mineralization, bicarbonated sodium, cold (15º-17º) and with thermal implication. They are suitable for the treatment of stomach, intestinal diseases, diabetes, arthritis, obesity, drops, urinary tract and kidney.

Later on and thereupon it was in turn a meeting point for great personalities of politics, of the artistic world, of letters, thinkers… So they passed through here Emilia Pardo Bazán, Millán Astray, Ramón Cabanillas, Eduardo Pondal, Jose Echegaray, Wenceslao Flórez, Castealo, Primo de Rivera or the Infanta Isabel de Aragón among others. The place was so famous that it was even possible to publish a magazine and even to have its own special currency in the first decades of the 20th century.